Saturday August 8, 2015. Day 12 of my Dragoman tour and I am in Ecuador’s third largest city of Cuenca, the birthplace of the Panama hat! So a visit to the Panama Hat Museum, a UNESCO honoured Cultural Human Hertitage centre was top on the list of things to do. 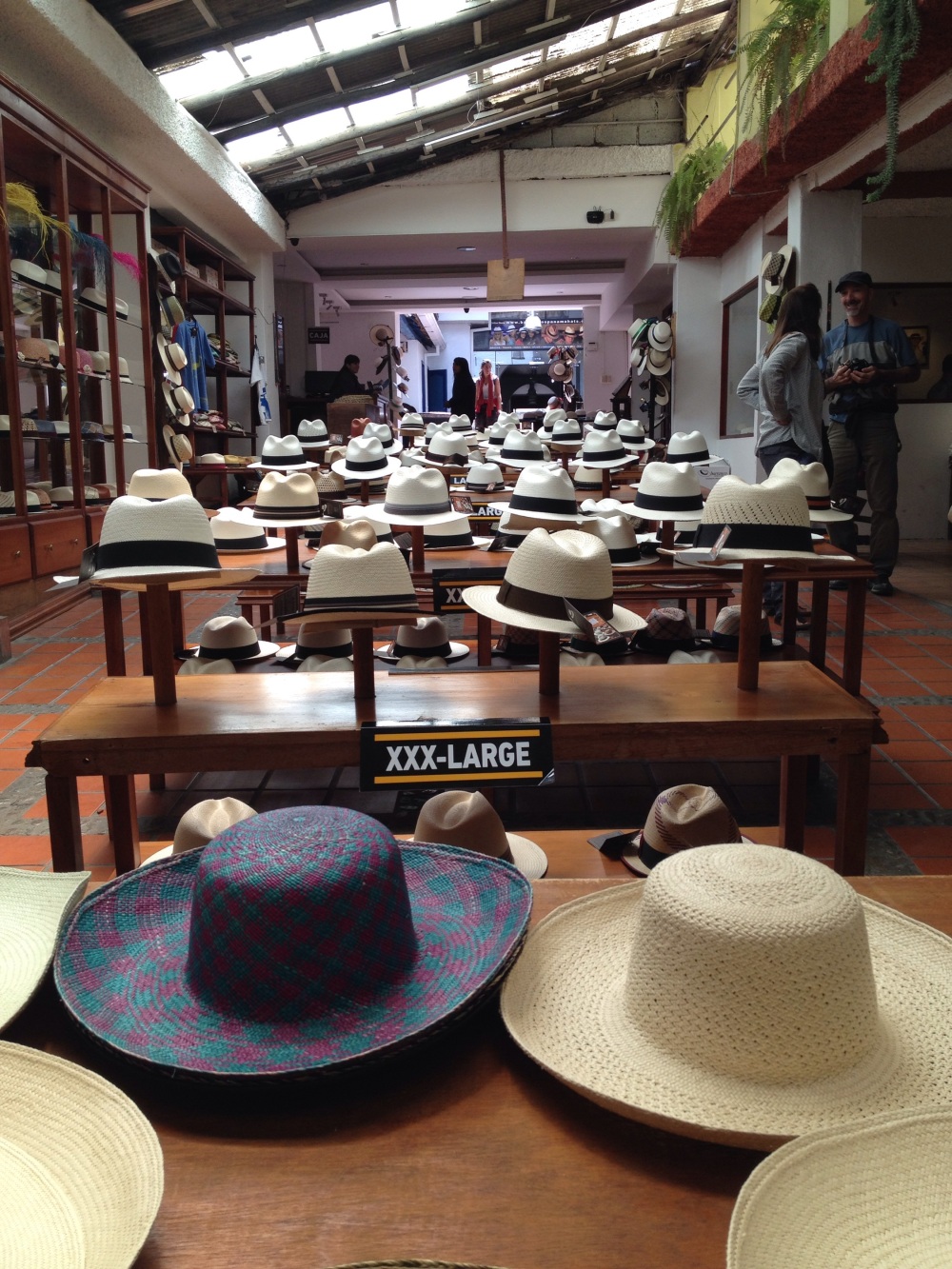 We were taken on a tour of this museum and workshop, home to the Paredes Roldan-Family for more than sixty years, and learned about the processes of how a Panama hat is made.

Why is it called a Panama Hat?

During the construction of the Panama tunnel, the President of Ecuador at the time sent all the workers hats. When President Roosevelt visited, he was given a hat as a gift. It was then the name Panama hat was found. Genuine Panama hats are made in Ecudaor, not Panama. 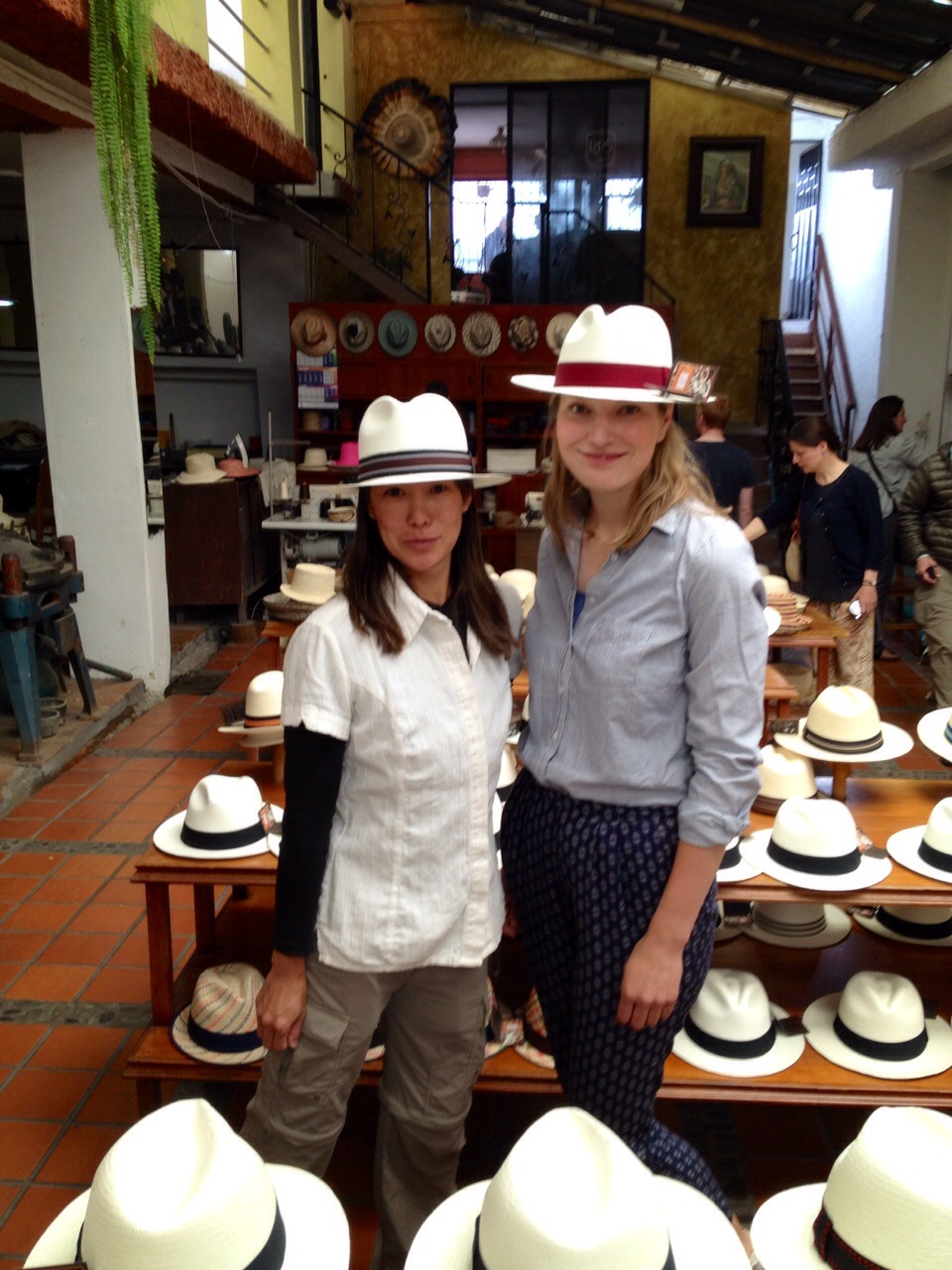 What is the Panama hat made from?

The hat is made from a type of Palm tree. The palm is cut from the root, sliced apart, boiled, smashed against the floor to obtain the fibres, then after drying, they are separated into thin strands that are weaved together.

How long does it take to make a Panama hat?

This all depends on the thickness of the fibres. Men and women making the hats split the fibres to weave the hat. The thinner the fibre, the longer the hat takes to make, and the more expensive the hat. The common Panama hat takes one day, but the thinner fibre hats can take 4-6 months.

and this hat costs $38USD

How is the shape of the Panama hat made?

There are now different modern devices to create the shape and the size of the Panama hat. In the earlier days, they used the trunk of eucalyptus trees, and before that marble, which was too heavy.  Aluminium  and rubber moulds were also used, before an electronic machine was created. The brim of the hat is then folded in, sewn then the excess is removed.

What about the colour?

The colour of the common hat is white. In the old days, peroxide was used to colour the hat, then sulphur which was grinded into dust and grounded into the hat. Now commerical ink is used.

After the final shaping of the hat occurs, a process that takes place 5 times

the final details are added including the colour and ribbons. 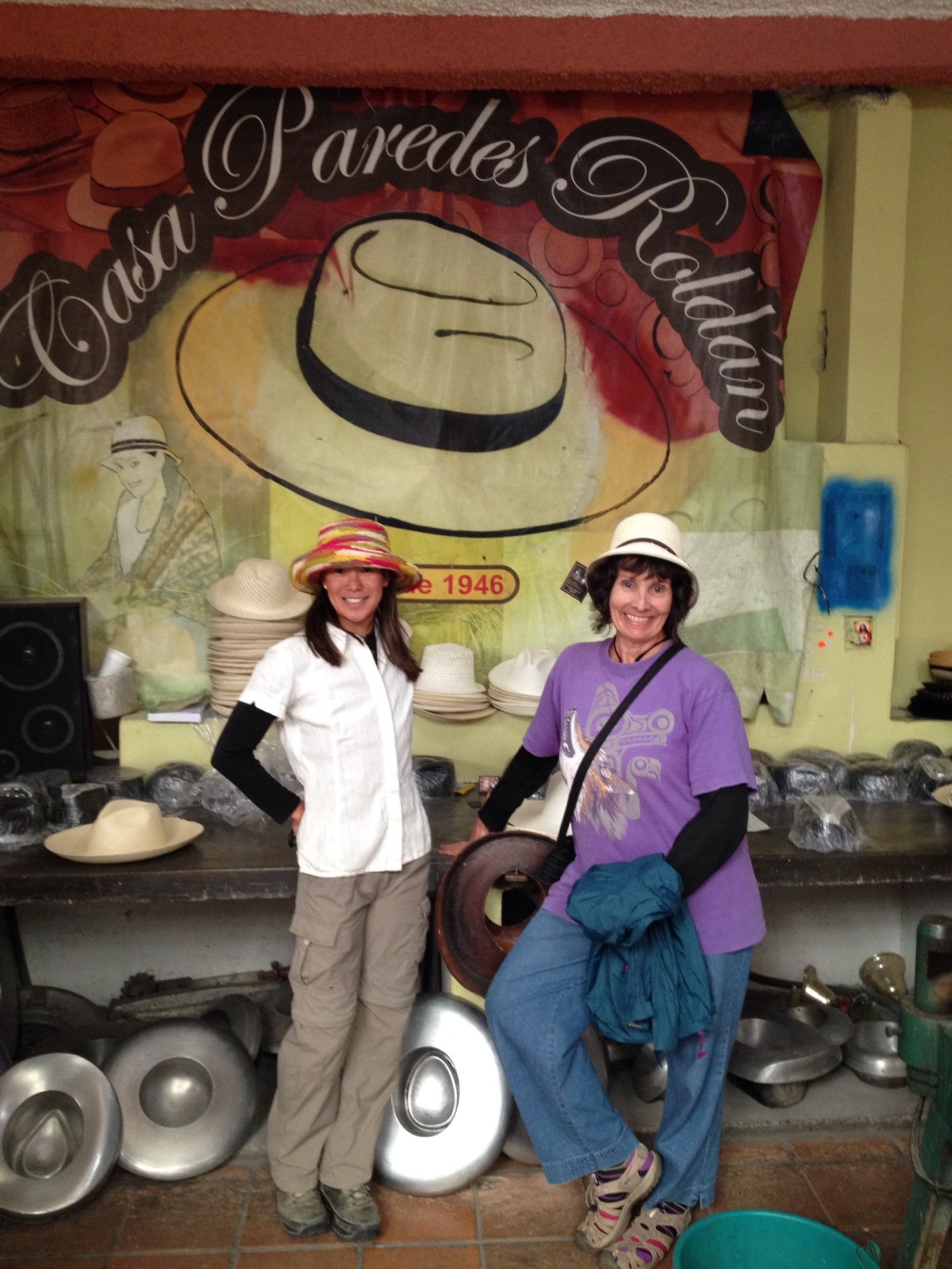 As tempting as it was to buy a Panama hat, I didn’t (a decision I hope I won’t regret later!). Instead I was happy modelling the hat instead. The museum and workshop is definitely worth a visit, and you can buy Panama hats of various shapes, sizes, colours and designs from inside. For more information, visit http://www.barrancospanamahats.com