The Nazca civilisation existed in Peru, pre-Inca, 2000 years ago between 100BC to 800AD. They lived in the harsh desert environment of the Nazca valley, located near the south coast of Peru. Like the Egyptians, the Nazca people believed in an after life and mummification.

On Wednesday August 19, 2015, I find myself touring the Chauchilla cemeteries with local guide and archaeologist Jansen on my Dragoland trip. I’ve always had a weird, morbid interest in the funeral rites and after life beliefs of ancient civilisations. And I find cemeteries fascinating. Today I was about to learn about the funeral rites of the Nazca.

The Chauchilla cemeteries were discovered in the 1920’s, containing burials 600 to 700 years old, of Nazca mummies preserved in excellent condition. There are three reasons why the Nazca mummies have been preserved so well; the dry desert climate, minerals in the desert soil to preserve organic matter, and the mummification process of the Nazca culture. 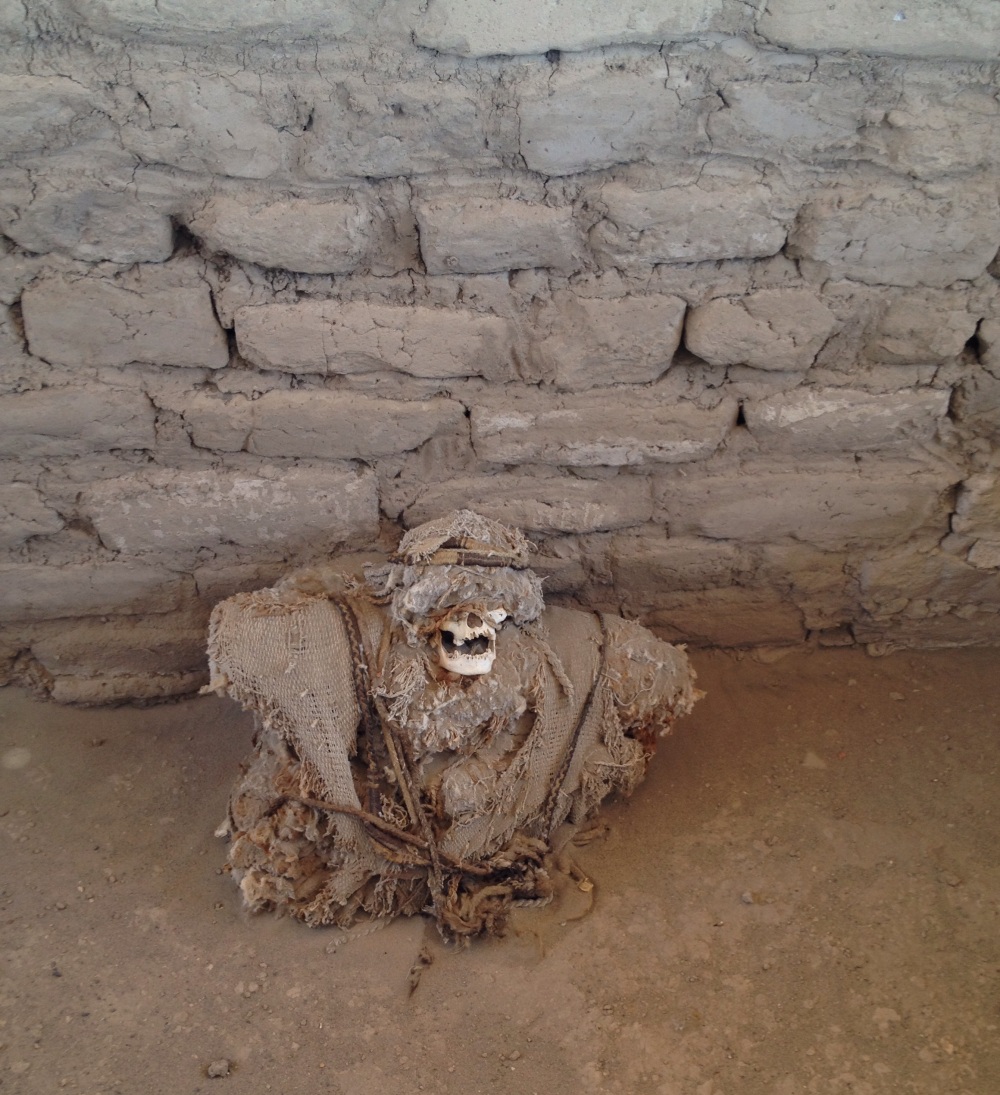 Jansen took us on a tour of some of the burial sites at Chauchilla and explained the Nazca burial and mummification rites of the Nazca people. The first process was to cut the stomach, remove the intestines and all the internal organs. The body was then cleaned by oil and plant medicine, the stomach sewn together, and the body covered in cotton. Autopsies of many Nazca mummies have revealed many don’t have organs. And a study of their bones revealed calcium levels of 80%. This was due to a diet high in fish and seashells.

To position the body in the foetal position, post rigor mortis, the Nazca people had to cut the tendons of the knees to position the body correctly, as seen in the image below. This woman was of importance as indicated by the necklace she was buried in. Potteries full of sea shells were also found buried with important people, and a seashell necklace also indicated a person of significance. All Nazca people had potteries full of food buried with them for the after-life. Maize and corn 2000 years old have been found at the burial sites at Chauchilla.

Unlike the Egyptian mummies, the Nazca mummies were found with teeth in good condition, probably as a result of their diet. 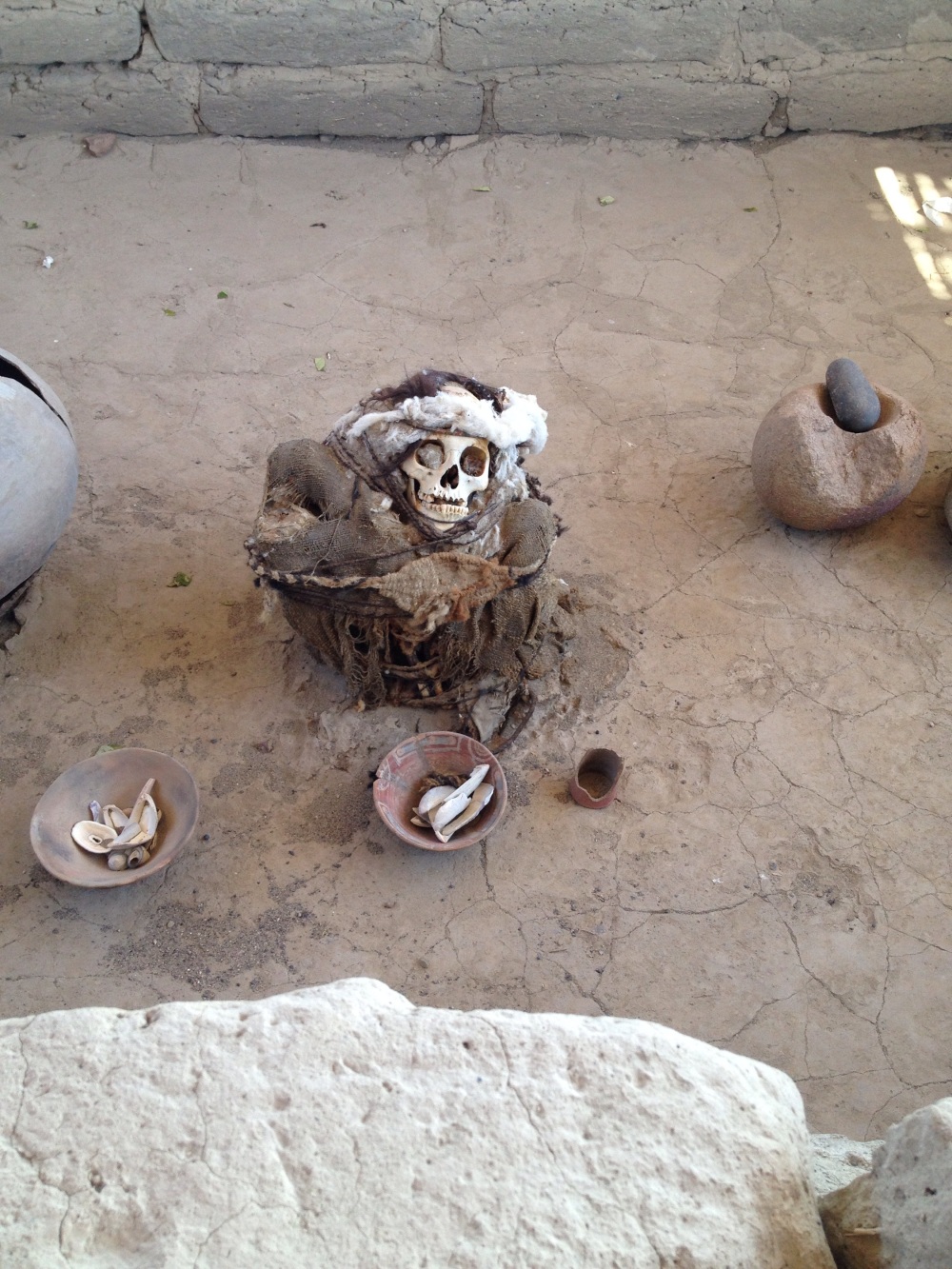 The tomb in which they were buried was made of wood, and then covered with branches and sand. Tombs sometimes contained entire families, or were built for individuals only. 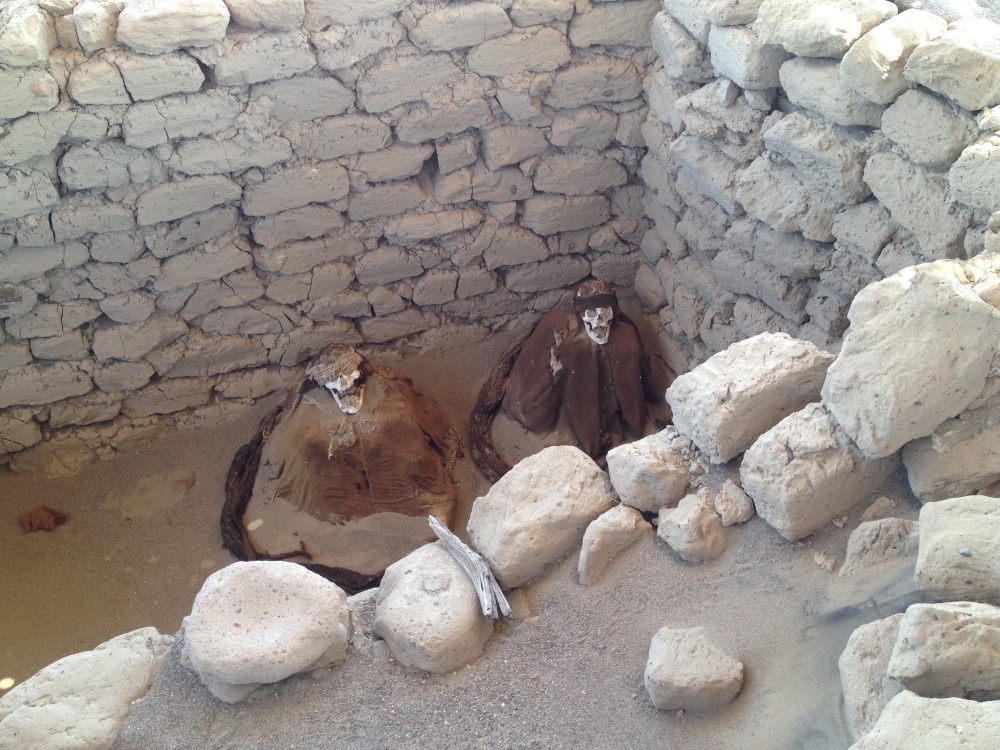 The cemetery visit  was definitely the most interesting of ancient  visits during my time here in Nazca. The ancient culture of the area is extensive and fascinating, with visits to the 2000 year old aqueducts that still work, the pyramids, of which 13 have been unearthed, only representing 1% of what still lays buried, and of course the Nazca lines. 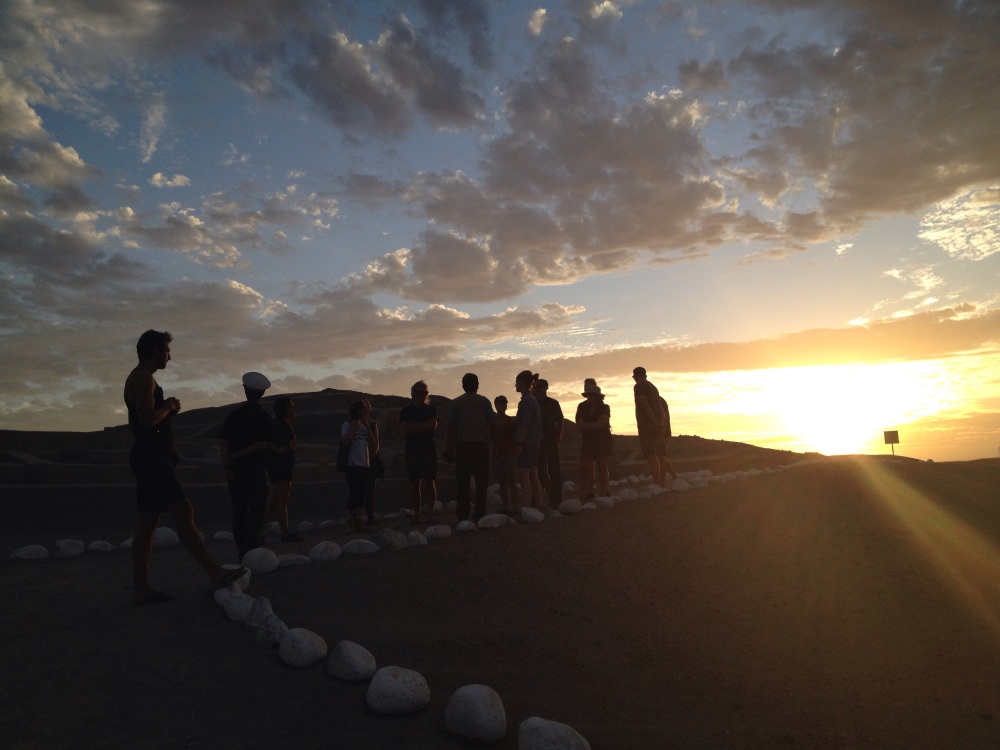