The 5am alarm clock this morning (Saturday August 23, 2015) has all been worth it today after our trip to the Colca Canyon to view the condors.

We are based in Chivay, a town in the Colca Valley of the Arequipa region of Peru. The town is 12,000 feet (3633m) above sea level, and has a population of 6540 Andean people. It is situated up stream from the Colca Canyon. Colca Valley itself is 110km long, with 16 villages including Chivay.

We arrived here yesterday after a stunning drive through the national reserve of Salinas and Aguada Blanca valley. There was a lot of wildlife to look for including llamas, alpacas and vicuñas.

We also passed the highest point on my Dragoman trip, a place called Patipampa (4872m), with clear views of the surrounding volcanoes.

The drive into the Colca Canyon this morning was stunning, with a terraced landscape of which there are 16,000 hectares in the Colca Valley. 9000 of these terraces are used by the local Andean people to harvest beans, wheat, maize and quinoa.

The name Colca refers to small granaries of mud and stone  that were built into the cliffs of the valley and the canyon to store food. The wind would blow into the caves where the granaries were built, keeping the food cool. 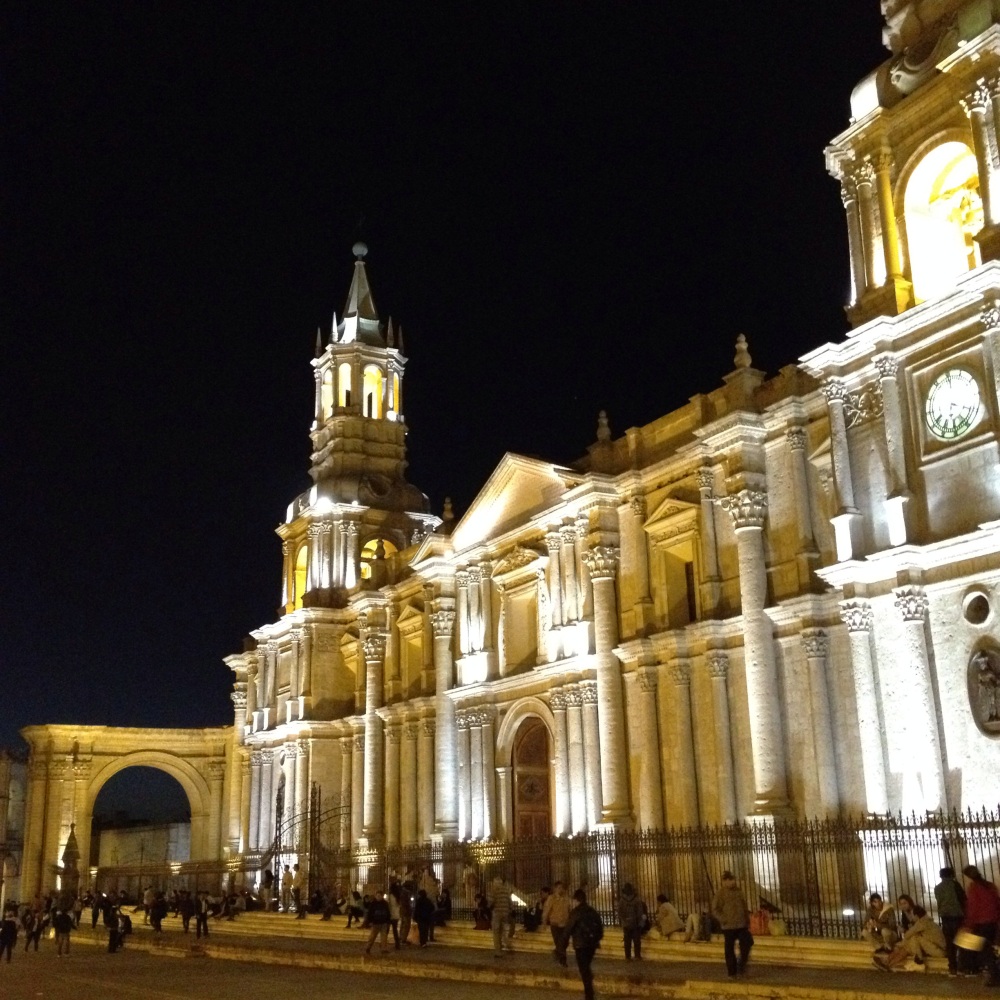 Colca Canyon itself is relatively new to tourism. Prior to 1979, there were no roads into the valley. In that same year, a group of Polish people came to the Colca Valley to raft the Colca River. It was during their rafting expedition they discovered the Colca Canyon.

After one photo spot to view the terraced valley, we soon arrived at Cruz Del Condor  to view the condors soaring past the canyon walls. The Andean Condor (Vultur gryptus) is a member of the vulture family. It’s is the world’s largest flying bird, with an average wing span of 3 metres, 20 centimetres, and up to the largest at 4 metres 10cm. The average height of the condor from head to tail is 1 metre 20 centimetres.

Condors build their nests at 3800m high, with females building their nests near rocky cave like  structures.  Adults are black and white, with young condors dark brown in colour.

On arrival at Cruz del Condor, they are several areas to view the birds. As we made our way down a walking trail, a condor suddenly swooped from below the canyon to fly up past us. I remember thinking just how big their wing span is! After taking a look at the valley below from, I climbed the stairs up to where most people were sitting. From here, there were 3 condors flying in the distance further up the canyon.

You could sit on the edge of the rocky viewing area here, but with my fear of heights, I preferred to sit with at least one stone block in front of me. The drop wasn’t a sheer vertical one, there was a ledge, and you could see the  river below. 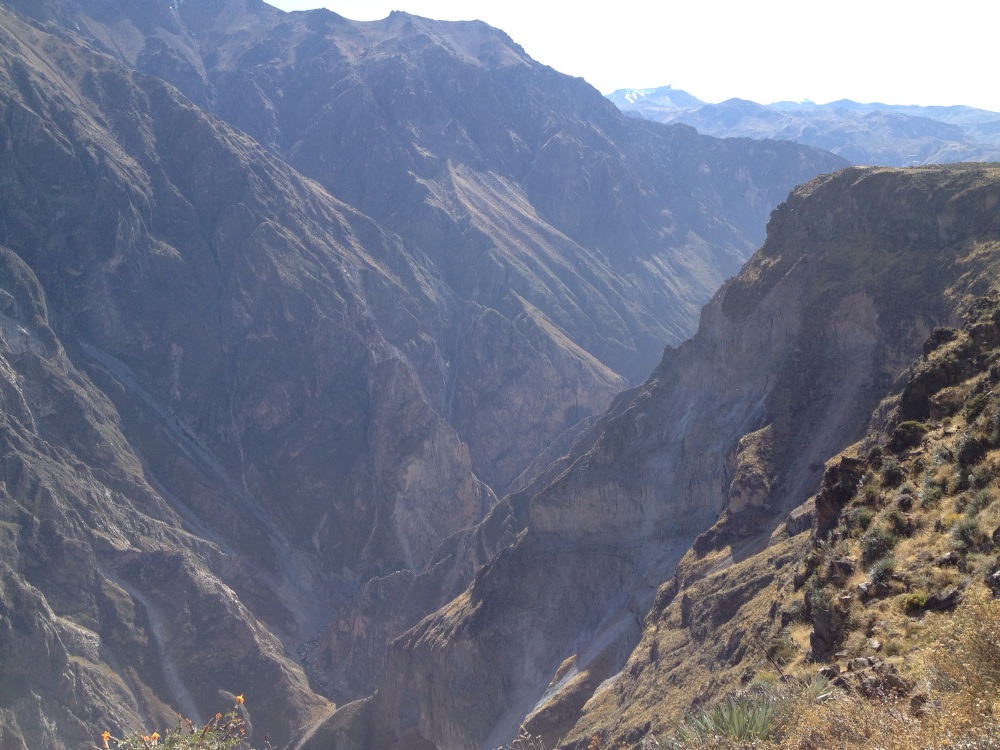 I moved further along the viewing area to stand next to the roadside, and was rewarded when two condors performed an aerial show in front of me. They really are majestic and beautiful birds.

On our trip back to Chivay, the roof of Jana, our Dragoman truck, was open for us to sit on the roof top seats. I liked the aerial views of the Colca Canyon and valley from on top of the truck. We also made one last photo stop to view the terraces.

The Colca Canyon is one of my favourite canyons to date, especially with the volcanoes in the distance, the snow on the mountain peaks and the terraces.

Finally a few tips on responsible  tourism in this area; Don’t take photos of locals with birds on their arms. The birds have been caught illegally and the living conditions and health of the birds is unknown. And if you want to take a photo of the local Andean people in their native dress, a smile and a polite request is better than just snapping away.