When I think of Copenhagen in Denmark, the crime thriller Forbrydelsen (The Killing) comes to mind, with the amazing Danish actress, Sofie Grabol portraying Detective Sarah Lund, my favourite female Detective of all time. And although this program put Copenhagen and Denmark on my travel radar, during my three days in my 34th country, I discovered the city of Copenhagen is so much more than Scandi crime dramas like Borgen and The Bridge. Here are my highlights and tips during my 3 days in this relaxing and liveable city.

If you’re a fan of Forbrydelsen (The Killing), Borgen or The Bridge, then a tour with Nordic Noir Tours is a must. I wasn’t able to join their open tour so I booked a private one instead with Christine. Meeting her at Vesteport station, Christine’s enthusiasm, knowledge and passion for these Scandinavian dramas was evident. Not only did I visit some of the major filming locations and scenes of these television programs, but learned about Danish culture and traditions while seeing parts of Copenhagen city. I totally recommend this tour, especially if you’re a fan of any of these television series.

As a foodie, I couldn’t wait to sample local Danish cuisine. Torvehallerne KBH food markets in Norreport is a great place to sample the traditional open sandwich Smorrebrod at Hallernes Smorrebrod. Find some local bakeries to sample Danish pastries such as kanelsnegle (cinnamon snail) and grab a bite to eat on Papiroen Island at Copenhagen Street Food,  a hanger style food market with an international cuisine.

A bird’s eye view of Copenhagen

The best view of Copenhagen city is from the top of Vor Frelsers Kirke, a 17th century church in the neighbourhood of Christianshavn. At a cost of 40Dkr, the climb to the top of the tower requires a good level of fitness to avoid getting out of breath. The panoramic view of Copenhagen is better, in my opinion, than the view from the top of The Tower at Christiansborg Slot. My fear of heights definitely kicked in while looking down over Christianshavn but it was so worth it. 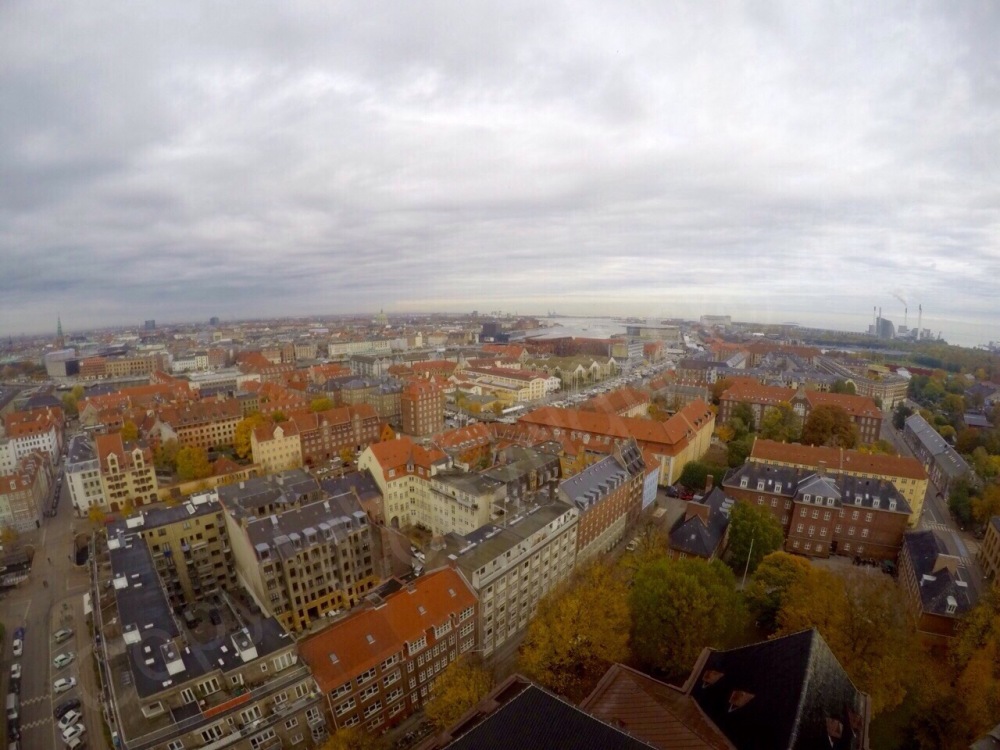 So apparently when people think of Copenhagen, the iconic image of Hans Christian Anderson’s Little Mermaid comes to mind. I’ve never heard of it. But didn’t Disney also make a film about it? Anyway, after admiring the colourful houses of Nyhavn for a second time, walk past the city’s playhouse and along the waterfront, stopping to view Amalienborg Slot and Marmorkirken. Take a wander around the fortress of Kastellet before finally arriving at The Little Mermaid where the obligatory selfie is a must.

Copenhagen has some cycle lanes and a cycle culture that rivals Amsterdam and the Netherlands. The Danes in Copenhagen love to cycle everywhere, and the city is built for bikes with designated cycle paths separate from the main roads. And although I chose to walk around the compact city of Copenhagen, it’s definitely worth renting a bike to explore all the main neighbourhoods like Christianshavn, the parks around Norreport and the meat packing district of Vestebro. 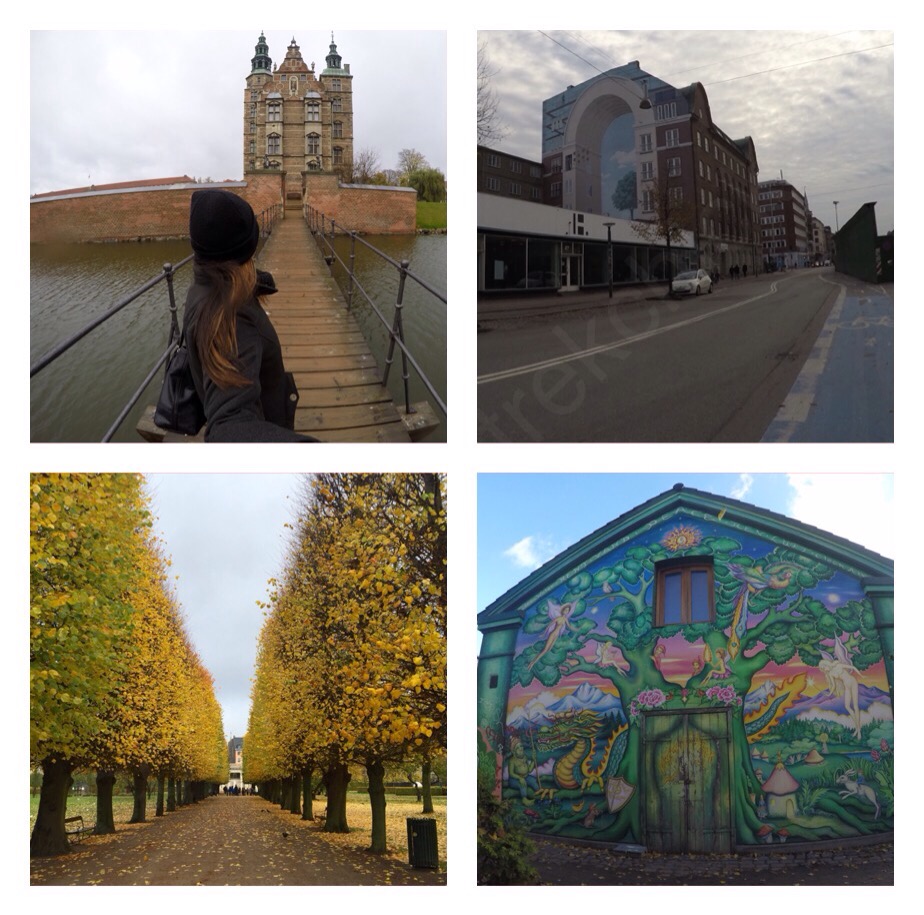 My favourite sight in Copenhagen

Copenhagen is a great city with a really relaxed vibe (compared to my home town of London) and some great green spaces to hike or bike around including Kongen’s Have,  Rosenborg Slot, the Botanical Garden,  and along the lakes from Vesterbro to Norrebro. But my favourite sight in Copenhagen is the canal Nyhavn, with the colourful Dutch style town houses lit up by the sunshine. 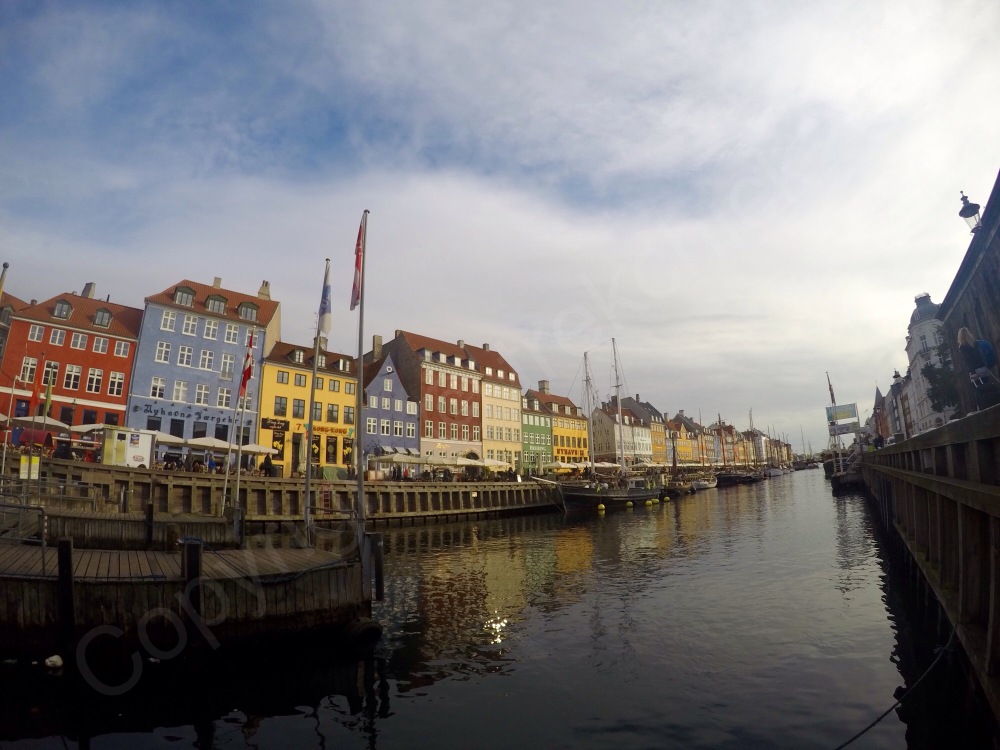 * The Rejsekort card is equivalent to London’s Oyster card and can be bought at the airport for 80DKr and then topped up with a minimum of 100DKr at any time. I only needed it to get to and from the airport and to take the bus from central station back to airbnb place in Frederiksberg. Copenhagen is a very compact city that can be walked if you have the shoes, time and energy!

*My lonely planet Pocket Copenhagen guide book was invaluable and ensured I made the most of my short three day stay. I’m not one for guided tours and enjoy my independence as a traveller, so this pocket guide acted like my own private tour guide, informing me of what I was looking at, and all the places to visit. If you’re tight on time, get a pocket guide and read up before you go to maximise your experience.